Major weather events and especially earthquakes tell us is that we live on planet Earth on its terms, not ours. Put another way, we donít ìcontrolî the weather or climate and, despite decades of global warming lies, compared to the sun and oceans, we donít even influence it. 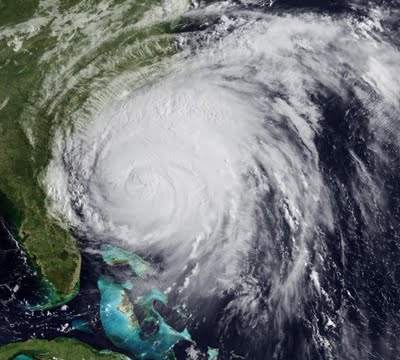 What major weather events and especially earthquakes tell us is that we live on planet Earth on its terms, not ours. Put another way, we donít ìcontrolî the weather or climate and, despite decades of global warming lies, compared to the sun and oceans, we donít even influence it.

The best definition of the weather is ìchaos.î It will do whatever it wants to do.

By Friday on Fox News and other television news outlets, it was non-stop coverage of Hurricane Irene even though it was barely beginning to touch the North Carolina coast. If there is one thing the news media loves it is a really big potential disaster.

By Saturday afternoon as Irene passed over North Carolina, Anthony Watts, a veteran meteorologist and commentator on WattsUpWithThat.com, was reporting, ìWhat we have here at this point appears to be a tropical storm. By the time it reaches New York, it may very well just be a tropical depression on par with a Noríeaster in intensity.î But not a hurricane.

At one point late Saturday, I clicked the remote on every local channel and on every cable news channel. Every single one was reporting on the hurricane. According to my blogger pal, Texas Fred, thatís a ìnewsgasmî.

By Sunday morning, the drenching rain, but no high winds, was already moving north out of New York City and northern New Jersey where I live.

The incessant ìnewsî coverage reflects the way television (and print) news professionals tend to regard viewers as too stupid to make decisions as basic as preparing for the hurricane or evacuating before its arrival, nor do they just report the news, i.e., the facts. So far as Irene was concerned, they engaged in massive speculation and endless predictions.

In the aftermath of Hurricane Katrina FEMA (Federal Emergency Management Agency) became an acronym for incompetence. Presumably lessons have been learned and the agency will perform more effectively if needed.

Americans have been taught that the federal government will always come to their rescue and it rarely does with any efficiency and usually with a great waste of money and resources. Local first responders are usually the best and most reliable.

In a society that is utterly and completely dependent on electricity to function, it is always a sobering experience for many to discover how useless every single appliance in their home or apartment becomes without it.

I am sure I am boring people to death by repeatedly pointing to the way government at the federal and state level, along with many environmental organizations are deliberately making it difficult, if not impossible, to build coal-burning or nuclear utilities. As for transportation, the same forces are allied against any oil exploration and extraction. There hasnít been a single new oil refinery built since the 1970s. Thatís insane.

Now they are gearing up to deter natural gas extraction using ìfrackingî even though this technology has been in safe use for fifty years. The discovery of vast new reserves of natural gas should be greeted as welcome news by everyone. Only the luddites want us to return to mythical ìsimplerî times that never existed. It is still easier and a whole lot faster to take the train from New York to Washington, D.C. than to ride a horse.

If a foreign invader had imposed the same limits on our ability to access and use our own vast national reserves of coal, oil and natural gas, we would be in the streets with metaphorical pitchforks.

Itís worth remembering the previous decades since the late 1980s that were filled with reports from the full panoply of the print and broadcast media. They assured us that global warming was going to transform all life on earth unless we stopped producing carbon dioxide emissions, i.e., ìgreenhouse gasî emissions. It was a scam to sell bogus ìcarbon credits.î

This is the same bull we keep hearing about ìrenewableî energy, wind and solar power, along with ethanol and biofuels. The latter wastes foodócornóand the former wastes open space along with taxpayerís and consumerís hard earned money.

We are constantly assailed with extremely dubious, if not outright lies that involve something ìscientificî, but science has been corrupted with too much environmental claptrap, political correctness, and devious chicanery. There are good sources of information, but the government and the media are not among them.

Trust your common sense. It is usually a good guide.