Topic category:  Depravity on the Left

In ōComing Apart: The State of White America, 1960-2010ö, Charles Murray, a scholar at the American Enterprise Institute, tells you how and why the assassination of President John F. Kennedy on November 22, 1963 marks the starting point in the decline of values regarding societal institutions such as marriage, religion, and national pride. Murray notes, for example, that ōNot only were Americans almost always married, mothers normally stayed at home to raise their children. More than 80 percent of married women with children were not working outside the home in 1963.ö ōPart of these widely shared values lay in the religiosity of America in 1963ö and Murray compares this to a 1963 Gallup poll in which ōOnly one percent of respondents said they did not have a religious preference, and half said they had attended a worship service in the previous seven days. These answers showed almost no variations across classes.ö 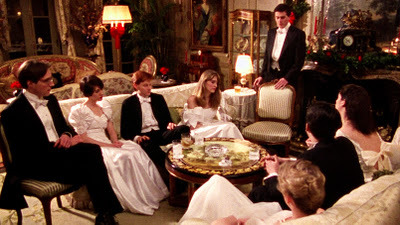 The only constant in the life of individuals and nations is change. Since the beginning of the last century, the process or rate of change has accelerated with the invention and availability of a myriad of machines, technologies that have altered the lifestyle of Americans as well as of millions around the world.

Let me put it in personal terms. When I was born in the late 1930s, my Mother washed the family laundry by hand and hung it out to dry on sunny days or in the basement of our home if it was raining. We were not poor. We were middle class. My Father was a Certified Public Accountant and we lived in a spacious suburban home in an upscale New Jersey community. Mass produced washers and dryers would arrive after the end of World War Two.

The differences between lower economic classes, the middle class, and upper classes were well defined back then. All, however, generally held the same values regarding societal institutions such as marriage, religion, national pride. Those values have eroded since the 1960s and Charles Murray, a scholar at the American Enterprise Institute, whose new book, ōComing Apart: The State of White America, 1960-2010ö ($27.00, Crown Forum) tells you how and why.

Murray takes the assassination of President John F. Kennedy on November 22, 1963 as the starting point, noting, for example, that ōNot only were Americans almost always married, mothers normally stayed at home to raise their children. More than 80 percent of married women with children were not working outside the home in 1963.ö

ōPart of these widely shared values lay in the religiosity of America in 1963ö and Murray compares this to a 1963 Gallup poll in which ōOnly one percent of respondents said they did not have a religious preference, and half said they had attended a worship service in the previous seven days. These answers showed almost no variations across classes.ö

ōThe racial differences in income, education, and occupations were all huge, noted Murray. ōThe civil rights movement was the biggest domestic issue of the early 1960sģö By 1963, ōPoverty had been dropping so rapidly for so many years that Americans thought things were going well.ö

The changes in values that many Americans deplore today were coming. ōThe first oral contraceptive pill had gone on the market in 1960 and its use was spreading widely.ö Murray points out that ōThe leading cohorts of the baby boomers were in their teens by November 21, 1963, and, for better or worse, they were going to be who they were going to be. No one understood at the time what a big difference it could make if one age group of a population is abnormally large. Everyone was about to find out.ö

ōThis book,ö wrote Murray, ōis about the evolution in American society that has taken place since November 21, 1963, leading to the formation of classes that are different in kind and in their degree of separation from anything that the nation has ever known.ö

The culture that Americans shared uniquely and in contrast to much of the world, warns Murray ōis unravelingö as ōAmerica is coming apart at the seamsŚnot the seams of race or ethnicity, but of class.ö

Murray defines the new upper class ōas the most successful five percent of adults ages 25 and older who are working in managerial positions, in the professions (medicine, the law, engineering and architecture, the sciences, and university faculty), and in content-production jobs in the media.ö

ōAs of 2010, about 23 percent of all employed persons aged 25 or older were in these occupations, which means that about 1,427,000 persons constituted the top 5 percent. Since 69 percent of adults in these occupations who were ages 25 and older were married in 2010, about 2.4 million adults were in new-upper-class families as heads of households or spouse.ö ThatÆs a very small slice of 330 million Americans.

They are not the ōmillionaires and billionairesö that President Obama is always blathering about. They are the new ōestablishmentö that determine much about the nationÆs culture, economy, and future.

To boil down MurrayÆs extensive research and reporting, that top 5 percent are largely isolated from the rest of the population because they tend to live where their counterparts live and interact mostly with one another in all aspects of their lives. They are the new ōelite.ö

ōRolling back income inequality wonÆt make any difference in the isolation of the new upper class from the rest of America.ö They are wealthy by most standards and Murray expects them to become wealthier over time. Thus, all the talk of ōfairnessö and ōa fair shareö is meaningless.

ōFairnessö as many point out, is just another word for ōclass warfare.ö It has always been the siren call of communism.

Efforts in America and in Europe to create ōfairnessö in the form of our ōentitlementö programs and the extensive European socialism have reached a point where they threaten to collapse our own and the economies of many European nations.

Murray says ōWe have been the product of the cultural capital bequeathed to us by the system the founders laid down; a system that says people must be free to live life as they see fit and to be responsible for the consequences of their actions; that it is not the governmentÆs job to protect people from themselves; that it is not the governmentÆs job to stage-manage how people interact with one another. Discard the system that created the cultural capital, and the qualities we have loved about Americans will go away.ö

The system, of course, is free-market capitalism, deregulation, and lower marginal income tax rates, all within the context of the U.S. Constitution. It is under attack by the President of the United States and a cohort of civil service and industrial unions, along with liberal members of Congress.

It is why the Republican primaries have been, in part, a desperate effort to educate Americans to the reason America is in peril and why Americans must strive to restore the values that were shared on November 22, 1963.