The sixteen names of the scientists who jointly signed the article in The Wall Street Journal, “No Need to Panic About Global Warming” on January 27th are mostly unknown to the general public. Perhaps the best known would be Harrison H. Schmidt, a former Apollo 17 astronaut and U.S. Senator. Others might recognize Burt Rutan, an aerospace engineer and designer of Voyager and SpaceShip One. 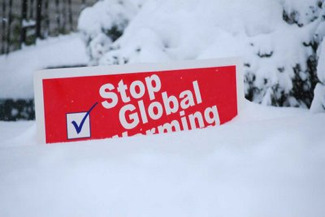 The sixteen names of the scientists who jointly signed the article in The Wall Street Journal, “No Need to Panic About Global Warming” on January 27th are mostly unknown to the general public. Perhaps the best known would be Harrison H. Schmidt, a former Apollo 17 astronaut and U.S. Senator. Others might recognize Burt Rutan, an aerospace engineer and designer of Voyager and SpaceShip One.

Moreover, not only were the signers distinguished scientists, but they came from places like Paris, France and Cambridge, England, Jerusalem, Israel, and Geneva, Switzerland. Mostly climatologists and meteorologists, some were physicists and astrophysicists. Antonio Zichichi, one signer, is president of the World Federation of Scientists. Not to put too fine a point on it, but the combined credentials of these men represent some of the best minds on planet Earth in their respective fields.

What brought them together? On the surface it was just another of the countless articles that have been published over the years as scientists of real merit and courage took on the juggernaut of those for whom global warming had become a vast flow of government and foundation funding.

The effort was to “prove” that carbon dioxide (CO2) was building up in the atmosphere and would soon incinerate Earth by trapping the heat from the sun. It had not done that in the 5.4 billion years of the Earth’s existence, but the “warmists” claims came day after day and year after year. They permeated every aspect of society and you can go into any school in America and find textbooks still selling this garbage.

Until, that is, 2009 when thousands of emails between the small clique of scientists working for the United Nations Intergovernmental Panel on Climate Change were leaked on the Internet and it became clear that even they knew the Earth had entered a cooling cycle around 1998. The challenges to their bogus computer “models” were coming like cannon balls against their academic castles in America and England.

Starting in 2008, The Heartland Institute, a Chicago-based 27-year-old, non-profit research organization, sponsored four international conferences on climate change, attracting the top scientists and world leaders courageous enough to speak out against the global warming hoax. The momentum of opposition began to build against those who, from the late 1980s had warned that, in Al Gore’s words, “the world has caught a fever.”

The Wall Street Journal article said, in the plainest language, that candidates for public office “in any contemporary democracy…should understand that the oft-repeated claim that nearly all scientists demand that something dramatic be done to stop global warming is not true.”

In fact, scientists had been signing petitions opposing the global warming hoax for a very long time. The problem was that the mainstream media either paid them no attention or dismissed them as "skeptics" and "deniers".

With a light touch, the Wall Street Journal article noted that “Perhaps the most inconvenient fact is the lack of global warming for well over ten years now.” It wasn’t as if the warmists did not know it. It was more like they regarded it as a problem to be solved by changing references to global warming to “climate change.”

Their current dying gasps have to do with warnings about “extreme climate events” that have been occurring for eons; tornadoes, hurricanes, blizzards, floods and earthquakes; now all routinely attributed to too much carbon dioxide.

The article calmly said, “The fact is that CO2 is not a pollutant.” Indeed, more CO2 in the atmosphere is a good thing, aiding increasing crop growth and healthier forests and jungles worldwide.

Someone needs to tell that to the Environmental Protection Agency that is striving mightily to shut down coal-fired energy plants for emitting CO2. Add their efforts to do the same to a wide swatch of American industry and you get an agency that is in great need of being abolished.

“There is no compelling scientific argument for drastic action to ‘decarbonize’ the world’s economy.

In time, historians may look back and conclude that the January 27th article was, in fact, global warming’s death certificate, signed by an international group of scientists who could not be disputed no matter how many times the warmists jump up and down and cry that the sky is falling.

It has taken a very long time for most of the public to come to the conclusion that they have been the object of an elaborate hoax. In America polls demonstrate that global warming is at the very bottom of their concerns these days. In time, wind and solar power, electric cars, biofuels, and other environmental delusions will join that list.