By February 10th, an estimated 500 Europeans had died from freezing weather gripping the continent. Yet US news media continues to beat the drums of radical greens and their human-caused-global-warming fear-mongering and either buries such stories ignores them entirely. European loss of life is the price they are paying for embracing the global warming hoax, spending billions for wind power when they should have been building coal-fired and other sources of relatively inexpensive energy to heat their homes and businesses. 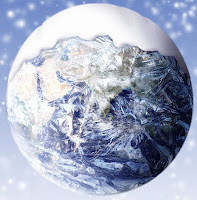 By Friday, February 10th, an estimated 500 Europeans had died from the freezing weather gripping the continent. This is the price they and British citizens are paying for embracing the global warming hoax, spending billions for wind power when they should have been building coal-fired and other sources of energy to heat their homes and businesses.

As the British daily, The Telegraph, reported on Friday, ôSerbia has started implementing power cuts in a desperate bid to stave off the collapse of its national grid as the country suffers the effects of days of freezing temperatures.ö

I and others have been warning for years that the Earth has been cooling since 1998 and that the planet is on the cusp of a new ice age because the average length of an interglacial period of warmth between such ages is now coming to an end after the passage of some 11,500 years.

All aspects of global warming legislation and spending programs must be utterly reversed if we are not going to see huge losses of life and the disruption of entire economies.

The Ottawa Citizen published an Agence France Presse article on Friday reporting that ôThick ice closed vast swaths of the Danube on Thursday, crippling shipping on Europeĺs busiest waterway, as the death toll from bitter cold across the continent roseůas it has every day for nearly two weeks.ö The report noted that ôNavigation was impossible or restricted in Serbia, Croatia, Bulgaria, Romania, Hungary and Austria, as ice covered the river or formed dangerous floes in shipping lanes.ö

No shipping means no delivery of coal and oil and no shipping of food and other necessities. Europe is freezing over as the United States has been experiencing an unusually mild winter thus far. That, too, is likely to yield to the increased cooling of the planet and then, maybe, Americans will realize the threat to their lives that the closing of coal-fired plants, instigated by Obama's radicalized Environmental Protection Agency, really means.

In England, the Mail, reported on Sunday, February 12th, that large numbers of its elderly citizens are being ôfrozen to death as fuel bills soar: hypothermia cases among the elderly double in five years.ö England, now gripped by foolish green notions of renewable energy, has covered itself with wind turbines, despoiling its countryside and coasts while proving unreliable and incapable of meeting its energy needs.

Figures showed that ô1,876 patients were treated in hospital for hypothermia in 2010-2011, up from 950 in 2006-2007ö reported the Mail. ôThree-quarters of victims were pensioners, with cases soaring among the over-60s more than any other age group.ö

In Europe, other news organizations reported that ôMany of the dead were homeless people, who literally froze to death as the temperatures dropped to minus 50 degrees in some parts of the continent. Their bodies were found in the streets buried under snow, in rivers, and in doorways. Dozens of people were also killed in weather-related accidents.ö

ôThe lack of readiness should come as no surprise because for decades the sensationalist message of global warming has dominated the public area,ö said Ms. Adali.

ôPoliticians and decades of political environmentalism have a lot to answer for,ö said Ms. Adali. ôThe man-made climate theoryůis still supported by a mighty European Union bureaucracy and a green network addicted to public funds.ö Even now, the Green Climate Fund ôthrough which millions of taxpayerĺs money will still be disbursedö is threatening the lives and the economy of people worldwide.

The current freeze is not just affecting Europe, but reaching across the Mediterranean to North African nations. And at some point America will feel it too.

We have not built a single new nuclear plant in America since 1978. EPA rules are forcing the closure of coal-fired plants throughout the nation. The national grid for the distribution of electricity is in need of upgrades.

The nationĺs policies are controlled by the most environmentally insane administration in its history, wasting billions on so-called green energy. Its new budget raises taxes and proposes a trillion-dollar deficit without any significant effort to cut the spending that has left this and future generations in debt while the price of gas soars to new heights.

America and the rest of the world have been horribly deceived by the United Nations Intergovernmental Climate Change Panel that continues to drive the global warming hoax. The lying scientists who got on the global warming gravy train, the politicians that embraced it, and the media that misled millions are all culpable, all responsible.

They should be driven from office, defunded, and chased through the streets like villagers in pursuit of Frankenstein.

People are freezing to death in their homes and in the streets. What will it take to drive a stake into the heart of the global warming monster?