Forty-two years ago the "environmental extremism" movement celebrated V. I. Lenin's birthday with their first "Earth Day." Among the statements uttered that day, were these by Harvard Biologist, George Wald:  "Civilization will end within 15 or 30 years unless immediate action is taken against problems facing mankind.” Such extremist rubbish has been preached every since, regardless of any evidence to support the contention. For a prime example, one need only contemplate the utter nonsense being spouted by proponents of the silliness that humans burning fossil fuels are catastrophically warming Earth's climate. 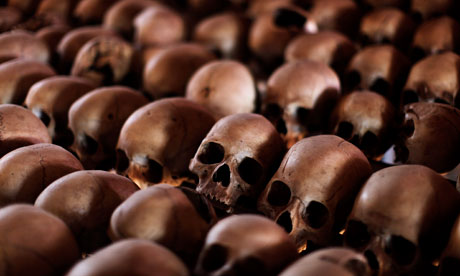 Earth Day 2012 occurs today, Sunday, April 22. It seems appropriate that I offer a selection of quotes from leading figures in the "environmental" movement that are worth reading so that you can draw your own conclusions.

In 1970, the first Earth Day generated the following quotes:

“Civilization will end within 15 or 30 years unless immediate action is taken against problems facing mankind.” - George Wald, Harvard Biologist

“We are in an environmental crisis which threatens the survival of this nation, and of the world as a suitable place of human habitation.” - Barry Commoner, Washington University biologist

“Man must stop pollution and conserve his resources, not merely to enhance existence but to save the race from intolerable deterioration and possible extinction.” - New York Times editorial, the day after the first Earth Day

“Population will inevitably and completely outstrip whatever small increases in food supplies we make. The death rate will increase until at least 100-200 million people per year will be starving to death during the next ten years.” - Paul Ehrlich, Stanford University biologist

“It is already too late to avoid mass starvation.” - Denis Hayes, chief organizer for Earth Day in 1970.

Truth meant (and means) little to such "environmentalists."

“It doesn’t matter what is true, it only matters what people believe is true.” – Paul Watson, co-founder of Greenpeace.

Many of the "environmental" movement’s leaders harbored genocidal dreams as the best way to “save the Earth.”

“We have wished, we eco-freaks, for a disaster or for a social change to come and bomb us into Stone Age, where we might live like Indians in our valley, with our localism, our appropriate technology, our gardens, our homemade religion—guilt-free at last!” – Steward Brand, writing in the Earth Catalog.

“Phasing out the human race will solve every problem on earth, social and environmental.” - Dave Forman, founder of Earth First

“I suspect that eradicating smallpox was wrong. It played an important part in balancing ecosystems.” - John Davis, editor of the Earth First Journal

“The extinction of the human species may not only be inevitable but a good thing….This is not to say that the rise of human civilization is insignificant, but there is no way of showing that it will be much help to the world in the long run.” - An editorial in The Economist.

One could devote an entire column to quotes by former Vice President, Al Gore, but one of my favorites is from his 1993 book, Earth in the Balance:

“It ought to be possible to establish a coordinated global program to accomplish the strategic goal of completely eliminating the internal combustion engine over, say, a twenty-five year period.”

He was talking about the engine in every car, every truck, every tractor, every motorcycle, and every airplane, among other uses. Gore won a Nobel Peace Prize, shared with the UN Intergovernmental Panel on Climate Change, and an Oscar for his apocalyptic pseudo-documentary, “An Inconvenient Truth.”

There are, of course, voices of reason who have sought to warn us against the true agenda of environmental extremism.

“The study of history is a powerful antidote to contemporary arrogance. It is humbling to discover how many of our glib assumptions, which seem to us novel and plausible, have been tested before, not once but many times and in innumerable guises; and discovered to be, at great human cost, wholly false.” --Paul Johnson, historian

And, finally, this warning from the President of the Czech Republic, Vaclac Klaus:

“They hate us, the humans, they consider us selfish and sinful creatures who must be controlled by them. I used to live in a similar world—called communism—and I know that it led to the worst environmental damage the world has ever experienced.”