It is the nature of any government to seek to expand its authority. The Founding Fathers knew this and gifted Americans with a Constitution that limits authority devolving it to the states and to ōthe people.ö Read the Tenth Amendment. It isnÆt working. 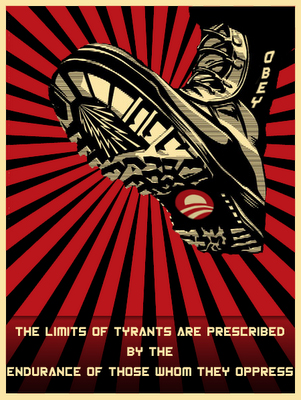 It is the nature of any government to seek to expand its authority. The Founding Fathers knew this and gifted Americans with a Constitution that limits authority devolving it to the states and to ōthe people.ö Read the Tenth Amendment. It isnÆt working.

The freedoms they sought to establish and preserve for future generations are being eaten away and we tend only to hear about in individual cases when, in fact, it is so widespread we accept the injustices, the inefficiencies, and the enslavement in increments.

After 9/11 it was clear that some reorganization was needed to ensure that various enforcement and other agencies could communicate and coordinate more effectively in order to wage ōa war on terror.ö The Department of Homeland Security (DHS) was created. The sheer size of it should have been a warning.

One of its siblings was the Transportation Security Administration that currently makes taking a flight anywhere a nightmare of intrusive groping and, because one failed bomber used explosive in his shoes, everyone now must remove theirs to get on a flight.

Fifty-seven years ago, the State of New Jersey issued me my first driverÆs license. For years all one needed to do was renew by mail, but after 9/11, it was decided that every license had to include a photo. A very high tech license resulted, but it also means that, if you live in New Jersey, every four years you are going to spend a minimum of two hours in your nearest motor vehicle agency standing in line and sitting around for your number to be called in order to renew.

You need bring several documents with you such as a passport, birth certificate, and Medicare card. Just one wonÆt do. Even though I already have a license with a photo (it was on record at the agency so there was no need for a new photo), I still had to personally prove I am who I am to receive a renewed license. In an age of computerized records of birth and residence, the whole process struck me as overkill.

After December 1, 2012, New Jersey will join eight other States to issue a driverÆs license with a gold star in the upper right corner. Without it, I will not be allowed to board a domestic flight or visit a federal building. Do I feel any more secure? Not really. In fact, what I really feel is the tightening grip of the federal and state government on my freedom to drive my car, get on an airplane, or legitimately enter a building in which the work of the federal government is being conducted. This is less about security and far more about authoritarian control.

I tell you this because I doubt you are aware that the Department of Homeland Security has added a whole new layer of authority to its portfolio. You thought it was about protecting the nation against acts of terrorism. Now it is about enforcing ōenvironmental justice.ö

The DHS has added Green Police to its concerns and, if you think this has nothing whatever to do with some jihadists trying to kill a lot of people as was the case on 9/11, you would be right.

According to a DHS report entitled ōEnvironmental Justice Strategyö, issued February 2012, it is a ōcommitment of the Federal Government, through its policies, programs, and activities, to avoid placing disproportionately high and adverse effects on the human health and environment of minority or low-income populations.ö

This has NOTHING to do with homeland security by the wildest stretch of the imagination and yet it is, according to DHS, federal policy. It gets its authority from Executive Order 12898 and this is the way government expands and expands and expands beyond what citizens expect or request.

The results are always predictable. Ordinary people who just want to be left alone discover that the government has defined the ownership of their land and property as a criminal act.

When Chantell and Mike Sackett found themselves locked into battle with the Environmental Protection Agency that had decided their land was a wetland, they battled the EPA all the way to the Supreme Court which granted them a unanimous decision in their favor on March 12th of this year. This kind of ōlaw enforcementö by the EPA has been common over the years, but Congress has done little to rein in its typical bullying tactics.

Now add to the EPA, the Homeland Security Department with its own Green Police empowered to protect ōminority and low-income populations.ö This is a deliberate effort to divide Americans from one another, inspiring racial and class warfare. It is a vast reinterpretation of its responsibilities and authority.

Welcome to the Soviet Union of America or the National Socialist States of America.