What the Political Gurus Kept Telling Us

Throughout the year leading up to the November elections, I had a friend who called regularly for reassurance that whoever the Republicans nominated would defeat Obama. I began to keep a file of what the political commentators had to say on the subject. Suffice to say, I ended up convinced that Romney could not lose.

An article by Mark Knoller, CBS News White House correspondent, on December 31, 2010 is a good place to start. “No numbers in the year just ending are more consequential for President Obama than the results of the midterm elections. His party lost seats in the Senate and its majority in the House.” Like many, I concluded that Obama’s reversal of fortune would be reflected in 2012.

By April 2011, however, a Wall Street Journal article noting that Mitt Romney was the early front-runner for the Republican nomination reported that “Some 43% of 1,000 adults polled said they would probably vote for Mr. Obama, versus 39% who said they would likely vote Republican, a five-point lead that is unchanged from February.” I should have paid more attention, but didn’t. I would have voted for the GOP candidate if he was Charlie Sheen.

I paid close attention to Karl Rove’s weekly commentaries in The Wall Street Journal. This is the man George W. Bush called “the architect”, crediting him for his reelection. In late June he wrote, “President Barack Obama is likely to be defeated in 2012…The reason is that he faces four serious threats. The economy is very weak and unlikely to experience a robust recovery by Election Day. Key voter groups have soured on him. He’s defending unpopular policies. And he’s made bad strategic decisions.”

A week later Rove was giving advice to the GOP on how to avoid losing the election, noting that many who voted for Republicans in the midterms “still like Mr. Obama personally.” He advised the GOP nominee to avoid questioning Obama’s “motives, patriotism, or character.” For many Republicans, however, that was the central issue. Rove also warned that “Republicans also must not confuse the tea party movement with the larger, more important tea party sentiment.”

By July 2011, Charles Krauthammer was challenging Obama to “Give us one single structural change in entitlements.” Adding that Obama offered nothing regarding what is now called “the fiscal cliff”. Krauthammer lamented that “The Republicans are being totally outmaneuvered” on issues regarding the economy and tax reform. He was right.

That same month, in the National Journal, Josh Kraushaar said “The race for president isn’t a national contest. It’s a state-by-state battle to cobble an electoral vote majority” noting that polls regarding the president’s popularity did not bode well for him. “In every reputable battleground state poll conducted over the past month, Obama’s support is weak.” Oh, yeah?

By August 2011, Newsmax was reporting that “AFL-CIO President Richard Trumka told reporters the nation’s largest labor federation will scale back their involvement with the Democratic Party in advance of the 2012.” Oh, wow, I thought. Is labor deserting Obama? Turns out they weren’t. They were knocking on doors, giving out Obama campaign literature, registering voters, going into neighborhoods—black and Hispanic—that Republicans avoid. 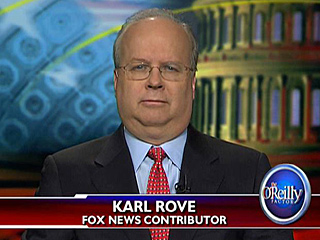 In early November 2011, prior to the Iowa caucuses, Rove wrote “Obama’s prospects look perilous” adding that no president has won re-election since 1989 when people told pollsters that the nation was on the wrong track and based on a Gallup poll “no president has been re-elected a year after having a job-approval rating as low as Mr. Obama’s today—43%--since Gallup began asking the question in 1945.”


The election was just a year away. January 2012 began with a Washington Times news article noting that “Congress ended its least-productive year in modern history after passing 80 bills—fewer than during any session since year-end records began being kept in 1947.” Did it matter to voters? Apparently not.

In February 2012 Wall Street Journal columnist, Daniel Henniger, noticed something else and wrote about it in “Obama’s Maddening, Winning Speech.” “Mr. Obama may not know much about the private economy, but he knows a lot about the uses of human anxiety. Proposing to replace his own bad economy with a virtual substitute ‘built to last’ allows Mr. Obama to place himself outside the White House and on the street making common cause with the genuine economic anxieties of the American people.” Perceptively, he wrote, “If we know nothing else about Barack Obama it is that he can play ‘hope’ like a Stradivarius.”

In a June 2 commentary, New York Times columnist Maureen Dowd noted that “On Friday, an ugly job market report led to the stock market’s worst day of the year”, but that Obama seemed to have dodged that bullet by telling a crowd in Golden Valley, Minnesota, “our economy is still facing some serious headwinds.” By that time, Romney was hammering away at his campaign theme of jobs, jobs, jobs.

By August 8, Karl Rove was telling readers that “Wednesday’s Gallup poll had President Barack Obama and Mitt Romney essentially tied, with Mr. Obama at 47% and Mr. Romney at 48%. That’s good for the challenger…historically, undecided voters tend to break late for the challenger.” In September Rove said that “youthful enthusiasm for Mr. Obama has waned. In October 2008, 78% of voters 18-29 told Gallup they would definitely vote that year. Now it’s 58%.” The youth vote went to Obama. So did single women, blacks and Hispanics.

In September, Dick Morris, former President Clinton’s political guru, was telling people “Republicans are getting depressed under an avalanche of polling suggesting that an Obama victory is in the offing. They, in fact, suggest no such thing!” Like Rove, he pointed out that “the undecided vote always goes against the incumbent.” Both were clinging to this mantra of former elections.

On November 6th, in a sharply divided nation of voters, a sufficient number reelected Barack Obama. Many Republicans, it seemed, stayed home.

Looking back, Daniel Henniger, wondered if “business experience is now a political liability.” He thought that “Mr. Obama’s passage of such a monumental social entitlement as the Affordable Care Act with zero bipartisan votes displayed muscle but was madness for our political system.”

“The Republicans’ self-inflicted wounds, however, pale against the willingness of an American president to use his office to blow up the country itself,” said Henniger. He’d been more right than wrong throughout the long campaign with its uninspiring party conventions and unremitting economic bad news.

In the end it didn’t matter to the Obama voters.

I always wondered how Franklin D. Roosevelt kept being reelected throughout the Great Depression years of the 1930s despite little success turning the economy around, but much success creating Social Security and other programs that put a few dollars in people’s pockets. When World War II began for America on December 7, 1941, the voters kept the incredibly popular president in office until he died in 1945.

There’s something to be said for popularity. It trumps competence in American politics.