Bret Stephens, a columnist for The Wall Street Journal, had a commentary, ôThe Other Blufferö, in which he discussed President Obamaĺs and Israeli Prime Minister Netanyahuĺs statements, respectively, on Syria and Iran; the former regarding a ôred lineö concerning the use of poison gas and the latter being Iranĺs intention to make its own nuclear weapons. 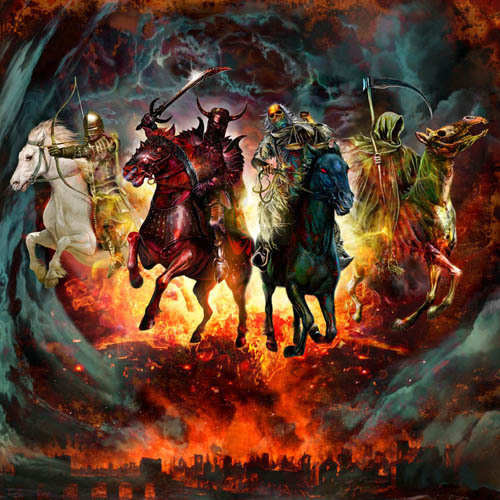 Bret Stephens, a columnist for The Wall Street Journal, had a commentary, ôThe Other Blufferö, in which he discussed President Obamaĺs and Israeli Prime Minister Netanyahuĺs statements, respectively, on Syria and Iran; the former regarding a ôred lineö concerning the use of poison gas and the latter being Iranĺs intention to make its own nuclear weapons.

The bluff is a game nations have been playing since there were nations. They seldom work against a nation with aggressive, bad intentions.

What is interesting about this is that dictators have been known to write books about those intentions. Adolf Hitler did with his book, Mein Kampf, in which he made clear what he would do, starting with tearing up the Versailles Treaty and later killing all of Germanyĺs and Europeĺs Jews, though not necessarily in those words. Hitler first invaded Czechoslovakia in March 1939 and when the great powers did nothing, he followed up with an invasion of Poland in September of that year. Perhaps he thought he could gobble up all of Europe, but what ensued was World War II.

In more recent times, Iraqĺs Saddam Hussein thought he could pull off a bluff regarding weapons of mass destruction, perhaps assuming that no one would invade for fear of them. He had used poison gas against Iran during a long war and killed several thousand in an Iraqi city without more than expressions of international outrage, but the invasion of Kuwait was a serious mistake. George H.W. Bushĺs decision to put an end to it. After 9/11, George W. Bushĺs decision to invade deposed Saddam.

The long Cold War with the then-Soviet Union that followed World War II was a series of bluffs, threats, and proxy wars in Korea and Vietnam. The Communist takeover of Cuba by Fidel Castro led to the missile crisis that occurred when the Soviets installed long range missiles there. President Kennedy imposed a naval blockade in 1962 and waited to see what the Russians would do. They removed them and the U.S. essentially continues to pursue a policy that denies Cuba any recognition, though much of the rest of the world does business with that nation.

Stephens has grave doubts about President Obamaĺs statements about Syriaĺs use of poison gas which he regards as a bluff, predicting that ôthings will only get worseö and noting that the ôIsraelis are now watching how the administration reacts when a rogue regime crosses the presidentĺs red lines.ö He predicts that ôAs the Assad regime realizes it can use these weapons without international penalty, it will unleash them again.ö

Obamaĺs fallback position will be to toss the problem to the United Nations, famous for never being able to do anything to deter aggression and usually dependent on U.S. military power to resolve dangerous situations.

Syriaĺs neighbor, Israel, has its own red line with Iran that has long since crossed it and Stephens believes that ôMr. Obama will treat evidence of Iranĺs impending nuclearization the way he has looked at Syriaĺs use of chemical weapons.ö Israel has no option other than to attack Iranĺs nuclear facilities to deter being destroyed. If history is any guide, since Israel destroyed Iraqĺs and Syriaĺs reactors, it is likely to do so at a time of its choosing. Every Middle East state will express outrage and then rush to their mosques to give thanks.

President Obama has looked at the way failure to respond forcefully and preemptive wars have brought down previous presidencies, costing the party in power the elections that followed. Ronald Reagan defeated the one-term Jimmy Carter in the wake of the Iranian hostage-taking of American diplomats in 1979. While the Korean War was still in progress Eisenhower was elected when he promised to end it. George W. Bushĺs decision to invade Iraq gave him Obama the opportunity to get elected by war-weary Americans. He did call North Koreaĺs bluff and is not likely to order the U.S. into a war with any nation short of a direct attack on the homeland.

That does not, however, diminish the threats to peace in the Middle East or anywhere else that might occur. Indeed, the weakness he has shown will only encourage rogue regimes to increase their aggressive behavior.

Those were dangerous times and these times are no less dangerous.