Much of the worldwide population is ignorant of how science functions and the incredible advances science has kindled for mankind. This ignorance is shamelessly exploited at every opportunity by many "environmental" groups and academic activists lusting for lucrative government grants. Scaring people about climate has been their bread and butter for decades, but now a natural cooling cycle that will approach two decades duration in a few short years threatens to kill the goose that laid so many golden eggs for the scaremongers.

I frequently have to tell people that I am a science writer, not a scientist. The only science course I took in college was zoology and I passed it only because my paper on Procyon Lotorùraccoonsùdemonstrated an ability to do some good research and present it cogently.

In the decades since then I have had the opportunity to write about many science-based topics and it became evident that a huge portion of our society and worldwide is ignorant of how science functions and the incredible advances for mankind that it has provided.

It is this ignorance that is constantly exploited by the many environmental groups. Scaring people about the climate has been their bread and butter for decades, but a natural cooling cycle that is approaching two decades in a few years is killing that goose that laid so many golden eggs. The same is occurring for ôrenewable energyö as Europe is beginning to regret pouring billions into wind energy while multi-million U.S. subsidies are on the chopping block as well.

The ôfood policeö are generating a scare campaign about genetically modified food crops. As Dr. Jay Lehr, the Science Director of The Heartland Institute, pointed out in a December 2013 article, ôNot one single human has been harmed by genetically improved food.ö So, naturally, some Greens are pushing to have everything made from genetically modified organisms (GMOs) subjected to warning labels.

Do you know who the first environmentalists were? Farmers! It is the original ôgreen jobö because farmers were among the original users of renewable energyùthe solar powerùto grow their crops. They used wind power to draw water and grind grain into flour. They built irrigation systems to make more efficient use of water.

When the United States declared its independence the nation was largely composed of farmers. Now less than two percent of the population grows enough food to feed all of us and have plenty left over to export. The current exception to this is CaliforniaÆs central value when farmers have been denied water to save the lives of bait fish, smelt. TheyÆre getting no help from the federal government either.

Throughout the last century the American Farm Bureau Federation and state farm bureaus were leaders in conservation tillage, well-water testing, and many other environmental improvements. As one observer noted, ôLong after the current excitement about the green economy has worn off, American farmers and ranchers will remain green collar workers as they have always beenùefficient producers of food, fiber, and fuel and stewards of natural resources.

In the meantime, we are subjected to celebrities like Al Gore, Bill Maher, and Daryl Hanna, who have no science degree. The outspoken actors, Ed Begley and Leonardo Dicaprio only have a high school diploma and many others who opine on environmental issues are literally high school dropouts. A long list of news media personalities has no science degree. They include ABCÆs Sam Champion, NBCÆs Matt Laurer, and CBSÆs Harry Smith. CBSÆs Scott Pelley is a college dropout.

Among the scientists, many have degrees in areas that do not reflect meteorology or climatology. They include Bill Nye known as the ôscience guyö who has a degree in mechanical engineering. 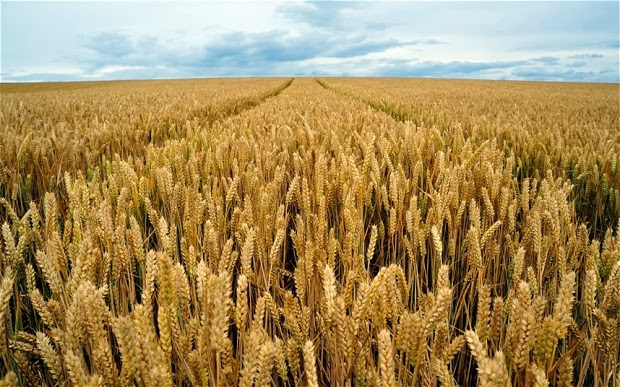 As Dr. Lehr points out, ôThere is little food on the plate of humans anywhere that has not been genetically improved.ö This goes back four thousand years to the creation of wine. In 1862, an Austrian monk, Gregor Mendel began to crossbreed simple garden peas to improve their taste, yield and strength. Thirty years later his work on the subject was published in the journal of the Royal Society of London, ôand the new agricultural science of hybridization was born to improve our food.ö

Writing in the February edition of Wheat Life, a publication for Washington state farmers, John Moffatt, a wheat breeder for Syngenta, noted that ôWheat is not only the largest crop in the world with acreage surpassing that of even corn and soybeans, it is also one of the most complex.ö Sygenta is one of North AmericaÆs leading wheat genetic research companies, responsible for helping farmers grow profitable wheat with research that begins with seeds that undergo a certification process. Their crop varieties consistently outperform saved seed in yield, quality and test weight.

ôIf genetic labeling laws are passed throughout the United States,ö warns Dr. Lehr, ôit will severely set back the scientific and human health benefits of genetic food advances. Billions of people around the world have consumed genetically modified food since it became widespread during recent decades. Billions more will benefit from such foods in the coming decades.ö

Meanwhile, the Green liars will continue to wage war on humanity. From Paul Ehrlich who in 1968 forecast global famine to the Club of Rome that in 1972 predicted exhausted resources and famine and then had to recant the forecasts in 1976, to an endless series of ôscienceö lies before and since, it behooves us all to be wary and skeptical of their claims.

We owe a debt of gratitude to those scientists who have greatly enhanced the lives of the seven billion with whom we share planet Earth. We owe a lot to the farmers who, thanks to scientific breakthroughs in genetics, are feeding us.