I just returned home to Florida from helping the patriots in Wisconsin fight Obama's minion's recall of Gov. Scott Walker. OH MY GOSH, was it cold! 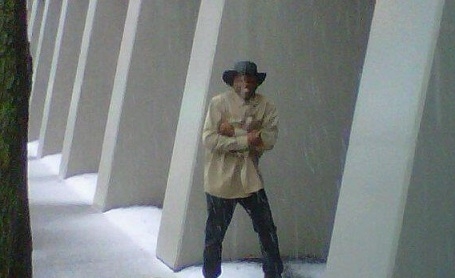 I'm chairman of The Campaign To Defeat Barack Obama. http://www.campaigntodefeatobama.com/ I just returned home to Florida from helping the patriots in Wisconsin fight Obama's minion's recall of Gov. Scott Walker. OH MY GOSH, was it cold! I'm originally from Baltimore and thought I could handle cold. Wisconsin's cold weather is world class. A cab driver told me, “This is not cold. We've had a mild winter.”

Due to moving to Florida 12 years ago, Wisconsin was the first time I have seen snow in several years, I realized I have not missed seeing and dealing with it.

Despite the cold weather, Wisconsin patriots were fired up to defeat Obama's operative's recall of their governor. Wisconsin patriots really appreciate Gov. Walker's backbone and strength of character to follow through with his promises. His budget reforms are making a huge difference. Pray for Gov. Walker and our fellow patriots up there folks. Gov Walker's battles in Wisconsin are bigger than Wisconsin. If Obama and company can defeat and recall Gov. Walker, it will effect the resolve of governors across America. They are fighting evil in Wisconsin. Obama operatives who do not even live in Wisconsin are signing the petition to recall Gov. Walker numerous times.

In my chats with individual Wisconsin patriots, I asked, how they felt about America. Or, “What does America mean to you?” Every single one of them, male and female, fought back tears while responding to my question. Their responses further confirmed what I already know, our tea movement is “not” about hate. It's about love – love for the greatest nation on the planet and refusing to see it destroyed.

So then I go on a black blog site and read this, “If Santorum becomes president, I'm leaving the country.”

Regardless of what you think about Santorum, I bet you a dollar to a doughnut the black blogger thinks Santorum is a far right wing nut case due to the liberal media. I am so frustrated by the liberal media's ability to manipulate and shape opinions among my fellow black Americans.

The ill-informed black blogger probably believes the rest of the liberal media's list of lies – Santorum and Republicans want to ban contraception; Conservatives want to force their values on everyone; Conservatives and Christians hate gays; Republicans, the tea party, Michelle Bachmann and Sarah Palin are all racists who are angry that we have a black president. The liberal media, the democrats and Obama are spreading unsubstantiated vicious lies about the intentions of Republicans, Conservatives, you and me. Despicable and evil.

In Wisconsin, I met great tea party patriot Americans fighting for their beloved country, to preserve a future for their kids and grand kids. They are not haters, nor are they extreme.

Another thing that struck me about the Wisconsin patriots fighting for Gov Walker was how committed and well informed they were. They were up on the issues. They knew what needed to be done and were doing it. Snow, freezing weather and Obama operatives were not going to stopped them. I caught my flight home to Florida feeling inspired and encouraged. Come November, the Obama regime is going down! http://www.facebook.com/photo.php?v=3410609274005

Mary picked me up from the airport. Upon retrieving my baggage, I thought, “Oh no, I have to go outside in the freezing cold! But, then I realized, I'm back home in Florida”. I stepped outside. It was warm. I love Florida.